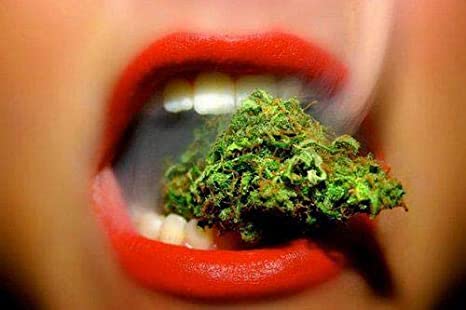 Many veterans swear cannabis helps them cope with their post-war symptoms. And thanks to Bryan Buckley and the team at the Battle Brother’s Foundation, US vets might soon have a stronger case to support their claim that cannabis can help treat PTSD.

Bryan Buckley served in the US Marine Corps for 9 years, his first deployment was to Fallujah, Iraq. He has also served in Africa and SouthEast Asia.
“I went into the military after the events of 9/11,”
Once he made Team Commander for the Marine Raiders (the US Marines’ special operations force), Bryan also served in Afghanistan, particularly in the Helmand Valley.

“I’ve had some high ranking people tell me that the summer of 2012 when we were in Afghanistan was the bloodiest summer for American special operation forces since Vietnam”, Bryan explains, remembering his service in Operation Enduring Freedom (the US government’s tag name for its Global War on Terror).
“And I came out of the military 100% disabled and with 100% post-traumatic stress.”

I swallowed before asking Bryan about his injuries.
“In 2012, we were fighting in the Helmand province”. His words cut through the silent phone line like a knife.
“During one of those days, I heard a round go past my head. It was from an underbarrel grenade launcher. The grenade exploded right next to me. I took shrapnel to my leg, all throughout my back and to my face. Two of my teammates were wounded as well; one of them lost part of his tricep and the other guy took shrapnel to his stomach.”
Bryan nearly lost his left leg following the injuries he sustained that day.
Later that year, he also fell 15 feet from a helicopter, dislocating his ankle and fracturing his spine.
“War is a crazy place”.

Bryan’s physical wounds healed quickly. In fact, he was back out in the field just 1 week after having surgery to save his leg from the grenade shrapnel.
But when he transitioned out of the military, Bryan realized that he’d brought home emotional wounds that were a lot harder to heal than the physical ones.
“In the military, you always have to stay focused on the mission, even when you’re taking casualties. You just have to focus on the enemy and keep the fight on them. You can’t go internal because that’ll just create more casualties« .
War is a crazy place indeed.

“Once I got out and life slowed down, that’s when some of the things you suppress in your mind start to come back up”.
After coming back from war, Bryan’s PTSD started to make its mark. He suffered from sleep issues, depression, and anxiety.
He often found himself reliving his past on the battlefield, especially once he had children.

“The enemy would often use women and children as human shields. You just see some gnarly things”.
Most importantly, Bryan felt like he’d lost his identity and purpose after he returned home to a civilian life.
“I couldn’t watch the news for years because they’d talk about actions in Afghanistan and Iraq and I’d feel guilty for not being there” remembers Bryan.
It’s this lack of purpose that leaves many vets battling depression and substance abuse.
It’s also what leads almost 22 US veterans to take their own lives every day

Luckily, Bryan was able to regain that lost sense of purpose by teaming up with fellow Marine veterans Andy Miears and Matt Curran to form the Helmand Valley Growers Company (HVGC); a Californian cannabis company that donates 100% of its profits to researching the benefits of medical cannabis for veterans.
Alongside HVGC, Bryan, Andy, and Matt also founded the Battle Brothers Foundation; a non-profit NGO that aims to empower US veterans through personal development, employment opportunities, and the right kind of medical support.

It all started in 2016, when Bryan suddenly noticed his friend and co-founder Andy looking better than usual.
“He didn’t have that lethargic look about him like he’d been drinking the night before”.
He admits that drinking is one of the most common ways veterans face the symptoms that strike once they end their service.
“It’s just part of our culture, but when I asked Andy what was going on, he said ‘I’ve traded in a 5th of Jack for a joint.”
Besides using cannabis to sleep better and relieve his PTSD symptoms, Andy was also working to become a licensed cannabis cultivator.

“One day, Andy told me that cannabis was helping him transition from a warrior to a gardener”, Bryan recalls.
After seeing the positive effect cannabis was having on his friend, Bryan decided to try cannabis for himself.
“It was incredible. I was sleeping better, I was waking up feeling refreshed, it was helping my anxiety and depression. Now, cannabis is just part of my daily routine« .

And it wasn’t long before he realized that cannabis could be the purpose he’d been missing after leaving the army.
From the get-go, one of Battle Brothers main goals was to change the US medical landscape by making cannabis a legal and accessible treatment option for veterans, be it for pain-relief, better sleep, or any other medical condition.
“Cannabis isn’t for everyone” Bryan says firmly. “But it should be a tool in the toolkit”.

And the Battle Brothers foundation is well underway to completing its mission; it just got approval from a private institutional review board to conduct an observational study that’ll evaluate the safety and efficacy of using medical cannabis in the treatment of PTSD.
“In 2016, we spoke to members of Congress to see what it would take to make cannabis available to veterans, they told us to collect reliable data alongside American doctors and build a strong case to present to Veteran’s Affairs. And that’s what we’re doing.”

The study is expected to launch in July and will involve 60 Californian veterans with moderate to severe PTSD.
The participants will purchase and dose cannabis products at their own discretion over 90 days and report to a team from NiaMedic, a medical data company from Israel, to evaluate the effects the different products have on their PTSD symptoms.
And while this is a huge milestone for Bryan and his team, they show no signs of slowing down.
Confident that this study will harbour positive results, Bryan believes this research will put down the foundations for more aggressive studies in the future that will help build a better reality for America’s veterans.

“These brave men and women raise their right hand and sign a blank cheque that’s payable with their lives. And when they’re back here in America, maybe they’re back here in a physical sense, but not spiritually or mentally. At Helmand Valley Growers Company, we want to be that beacon in the night that lights the path so that these people can live the life of peace that they deserve, and live the American dream that they fought so hard to defend.”

Cannabis Genetics: Understanding What They Mean And What They Tell Us About The Plants We Grow