Richard Branson has never hidden his fondness for cannabis, advocating during the last decade for a responsible legalization. In an article published on his website on November 26, the iconic founder and CEO of Virgin  takes a keen and optimistic look on weed’s upcoming emancipation. And he’s usually right.

As the free world waits for the end of recess to be whistled for Donald Trump and for President-elect Joe Biden to take office, Richard Branson has welcomed other (uncontested) results : those from states where legalization of recreational cannabis has been approved . “I was excited to see some of the other outcomes of this year’s US election. Voters in several states embraced sensible drug policy reforms that will make a huge difference to people’s lives, take the burden off criminal justice systems, improve public health and, ultimately, save lives.  ”wrote Sir Branson.
In Arizona, New Jersey, Montana and South Dakota, voters approved the regulated sale of recreational cannabis on November 3, bringing to 15 the total of number of States in which ganja is legalised.

For the serial success entrepreneur, the good news could be followed tomorrow by another strong sign towards an ineluctable global legalization of cannabis:
“ UN member states will come together in Vienna for an important session of the Commission on Narcotic Drugs (CND), the inter-governmental forum where discussions on the direction and content of global drug policy take place. The item on the agenda is a vote on rescheduling cannabis. What sounds like a tedious bureaucratic exercise has enormous significance for correcting a damaging historical error . For decades, without credible scientific basis, cannabis has been scheduled as a substance with negligible medical or therapeutic value  »  explains Branson on his website.

After a multitude of reports and scientific commissions on a subject that, according to Branson,  has dragged on too long, the World Health Organization (WHO) has finally recommended a limited rescheduling of cannabis, which is clearly a gesture in recognizing its enormous therapeutic potential .
A promising first step while waiting for CND’s vote. During this 63rd session on the matter, CND will look at changes in the scope control substances, in this case: cannabis. This vote is expected to follow the positive WHO recommendations regarding the control of cannabis and related substances. A vote that would free cannabis from various legal shackles in which it has been locked since 1961.
“A positive vote to remove cannabis from the strictest schedule would signal that the international drug control system, traditionally a driver of repressive drug policies, might be able to reflect with the ever-accelerating reforms happening on the ground. I hope the CND will come down on the right side of science, public health – and history. » concluded a visionary and always well informed Richard Branson. 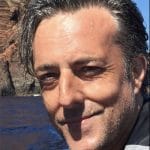 In this article I am going to review Zamnesia, an online retailer that, based on my

What is Rosin and how to make it

Extracts or “dabs” are revolutionizing the way we think about and experience cannabis. Not only do

A Personal Guide To Getting High And Having Great Sex

– AVERTISSEMENT –  Whether you like it rough, gentle, kinky, vanilla, gay, straight or over the

This Is Tony Greenhand, The Guy Who Rolls Thousand-Dollar Joints