In 2001 Arjan Roskam became the self-proclaimed « King of Cannabis » – a title no-one ever tried to take from this 38 Cannabis Cup winner. Whereas 40 years ago he was homeless, nowadays, he is a Ganja business multimillionaire and is also known as the creator of the last three decades’ most remarkable weed strains. The path has made his very respected, even by his critics. Here’s the portrait of the dutch Weed giant

Arjan is 16 years old when he smokes his first joint. We are in 1981, in an Amsterdam that counts only 10 coffee shops. « We used to smoke anything we could find because we were young and we didn’t know any better. Anyway, there was only Morrocan or Afghan (hash) available on the menu. From time to time, some Jamaican or red-threads Thai (grass), but it was way too expensive », Roskam remembers.

In 1983, Arjan is travelling to Thailand with some friends. For some reason, the young man ends up in a small village near the Burmese border. « When I was there, I met a 78 year old man who treated heroin addicts with Ganja. There was a serious issue with heroin in Thailand, I myself tried some. This doctor had me try Indica infusions that were made to treat junkies’ withdrawal. »

« Seven days later, while I was packing to leave, he took my hand and placed five seeds in my palm. Then he looked into my eyes, and said solemnly : « keep those seeds. A few years from now, they will make governments fall apart. »
The Thai episode and the shaman’s prophecy would haunt Arjan until he got back to the Netherlands, two years later. Back in Holland, Arjan starts growing different marijuana strains, some donated by his friends, others gathered while travelling (in Thailand, Nepal or other south-est Asian regions). Bad call. Whenever they buy weed, coffee-shops are exclusively interested in imported strains such as Thai, Mexican Sensemilla or Jamaican grass. Indoor strains are only at their beginning and at best considered as a saturday night eccentricity. With quite a low THC content compared to hash and a considerably higher price, Weed only represents 10% of cannabis sales. Without worry, Arjan kept seeing the city in green despite Amsterdam’s people only smoking hash. He continues to frantically grow his Haze in a godforsaken greenhouse out of town, enhancing its quality by the harvests.

Between 1987 and 1989, Roskam keeps adding Coffeeshop owners to his phonebook. He gives them samples, then comes back the next morning… Quickly coming to understand that he’s not welcome there. « I showed up with something new, but they called it cat-piss. People weren’t used to it ». No-one being prescient in the Netherlands, Arjan had to deal with rejection and humiliation for two years.

« Long story short, I had no money, I had nothing. My wife and I were poor. Very poor. At some points, we were so broke that we lived in the street », confesses Roskam, whereas he is now a multimillionaire. The soon-to-be entrepreneur and his wife, Celeste, end up cruising all over Amsterdam’s center, going from petty jobs to petty jobs.« I had a good friend whose sister, Martha, owned four bars. Fancy places where all the thespians, musicians, members of the gay community, artists, and painters from Amsterdam used to hang out. » Thanks to Martha’s financial support, Roskam, still without a dime, opens The Green House in January 1992. A Coffee shop doomed to stay clientele-free for more than a year.

From 9am to 1am, Roskam spends his days lying on the store’s couch, smoking, depressed, and waiting for customers that still wouldn’t come. « On high days, I would sell maybe the equivalent of 25 dollars of beers and coffees », Roskam remembers. We are in spring 1992. Worried that no- one would ever walk through the Green House Coffee shop’s door, his partner-investor Martha gives up only three month after opening the business. « I had more than 120 000€ debts that I couldn’t pay, and a rent that I couldn’t pay as well. So I had to borrow a shitload of money from a friend in order to keep going ». 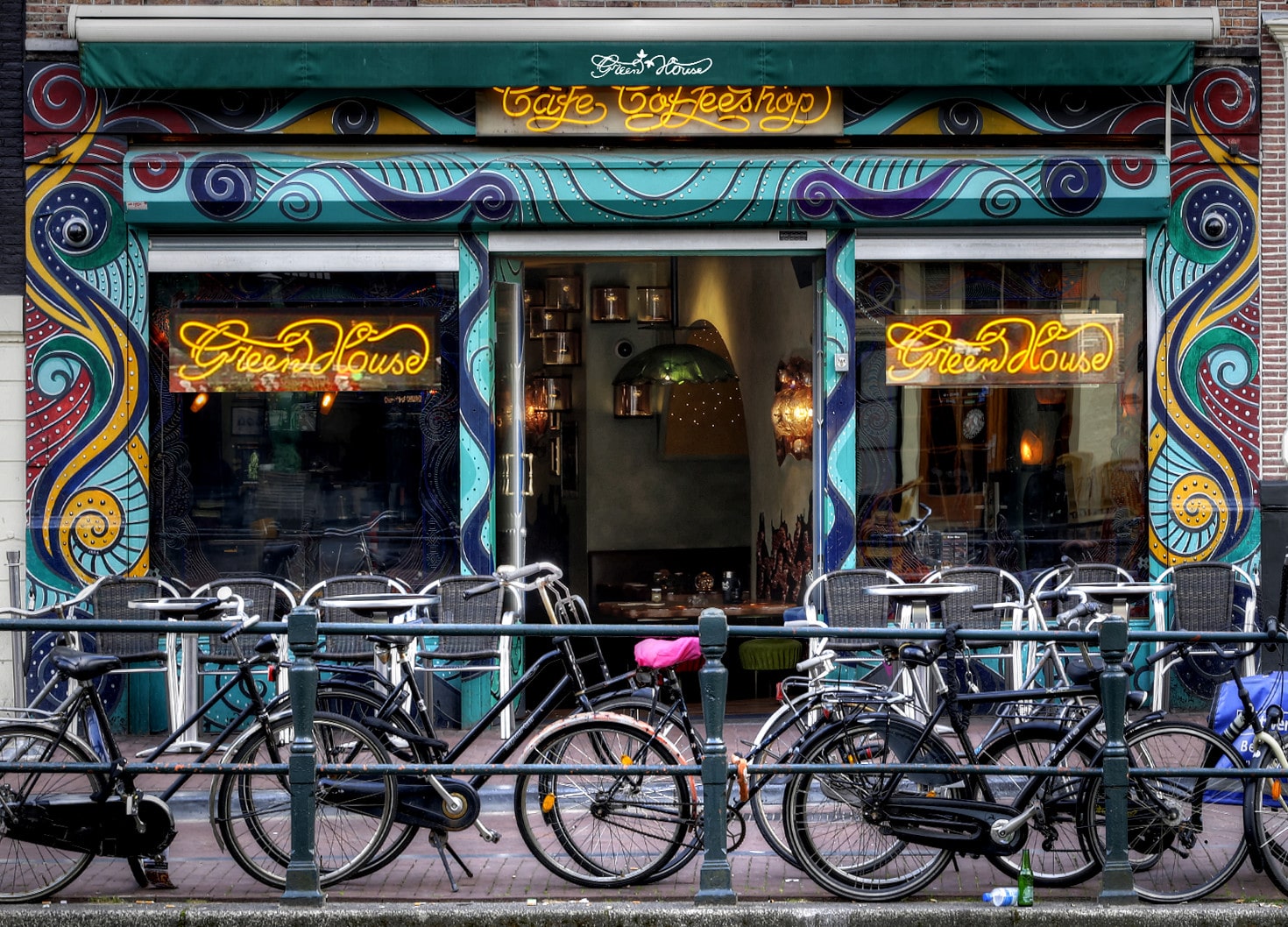 Things continue like this until a day in January 1993 when a big limo parked in front of the Green House’s door. Inside the limo a now deceased Kennedy family member was intrigued by the place. « I had no idea who he was or who those people were. As a matter of fact, I didn’t even know about the High Times’ very existence. » (the title had been redeemed by the Kennedy family). « They told me that they had heard about an unusual weed I sold, and asked if I wanted to participate to a contest happening in early November. I answered – sure, why not ? I had nothing to lose. And then, the limo went on its way ». That November, one afternoon, Arjan got a big surprise : without any obvious cause, a crowd of roughly 500 people gradually show up at Arjan’s Coffee shop. « I couldn’t understand, I hadn’t advertised in any way nor had I offered any type of discount, I even thought it was some kind of scam or a bad joke from other bud-tenders ». The next day, 700 customers came, 800 the day after…

« As a matter of fact, I had won the Cannabis Cup. But I was so out of my mind with my Ganja farming and my money issues that I had completely forgotten about the contest. And to be honest, at first when the Kennedys told me about it, I thought this whole thing was kind of a joke and a quite dodgy one at that. Anyway, long story short, there were 7 rewards to win, and I won all 7 ! Of course, with so many international TV stations looking, it was my glory day. And I wasn’t even there, I was on my sofa, in my coffee shop, freaking out. »

« King of Cannabis »
Three years later, given this dazzling success and after Arjan won three more Cannabis cups, the High Times magazine select him for its July cover. Seeing her husband breaking into the Ganja- aficionados’ bible, Celeste says laughing that he became the « king of cannabis ». Arjan himself would adopt this silly nickname a few years later. To this day, nobody has tried to claim his crown or his title. The reason for this is that, in addition to his 38 Cannabis cup wins, he has also won 20 Highlife trophies and plenty other awards. Amongst the most hailed strains he found during his botanic journeys were the Super Silver Haze, the Hawaiian Snow, the Arjan’s Ultra Haze, the Super Lemon Haze, the Himalayan Gold, the White Rhino, the White Widow, the Great White Shark, the Doctor, the Trainwreck, the Church, and the latest Flowerbomb Kush.

From 1995 to 2005, Roskam works in the education field, giving classes that bring attention to canna-business related issues. « I was training policemen, public officials, judges, prosecutors,… people who would have put me in jail twenty years ago » says Roskam with amusement. This Ganja-entrepreneur deeply cares about getting rid of the numerous wrong judgements about cannabis. Simply because Arjan Roskam is, in spite of what his critics and rivals say, passionate about Weed and gives himself the duty of evangelizing Weed’s benefits to the world as well as the necessity to legalize its consumption.

While in the Congo, where he went to shoot « Strain Hunters », Roskam, unfortunately, had the opportunity to make his point: « you have kids there who have malnutrition. Hemp oil and seeds are very, very important to these kids who often have nothing else to eat… It’s the ignorance, the idiocy of those politicians who live only by electoral deadlines, of narrow-minded Christians, of stuck-up catholics, of the pharmaceutical lobby, of alcohol industry – they are responsible for the wrong ideas people have about cannabis » Roskam says with intensity, affirming that in Vietnam, they use hemp to clean up soils contaminated with agent orange.

Reading this, we may understand why this dutchman doesn’t only make friends. But so far, after researching, we found out that indeed, hemp does absorb and filter the toxic defoliant spread by the American army during the Vietnam war and allows the land, at the end of its cycle (2 to 6 months), to be workable and harmless to humans and animals.

Roskam also built a charitable foundation (his critics and sore losers would say only for taxation purposes), in order to help the most deprived people in Africa and Asia, and in such an elegant way : on Arjan’s demand, this charity work is barely mentioned over his website or anywhere in general. Two years ago, Roskam’s team also created a factory in the Congo to feed 250 families and about 700 kids. The King declared : « We are going to produce medicine for the Congolese population, since the government seems to fail to do so ».

At the beginning of the year, Roskam teamed up with Canopy Growth and Organa Brands to introduce his brand, Green House, into the retail trade’s landscape in Canada. Now that autumn is

settling, Roskam and his team are completing a large factory in Canada. « We just acquired the first open-air licence in Ontario’s history, in Canada », he explains. « We are extending our factory and will produce 12 tons of premium Ganja over the next year, growing in the sun, as it should ». For it is the dutch expertise that the Canadians are looking for. And who could train them better than the King of Cannabis ?

Arjan’s goal in Canada is to offer the public quality and quantity at the same time, and therefore Weed at more reasonable prices than it currently is. « I am 54 years old, and will only retire on my death bed. If everything goes right, you will keep seeing me for 30 years. Now that legalization is being discussed in Europe, the adventure may really begin ».

A ultimate guide and selection of the best home vaporizers.

The man that kept a legendary cannabis strain alive for 20 years. 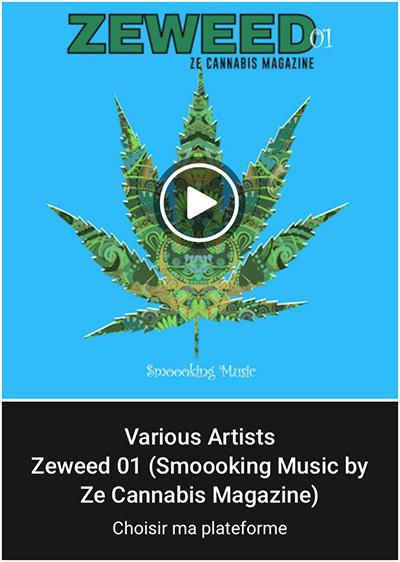 Switzerland: a country up ahead on the sale of cannabis.

The Real Difference Between Sativa and Indica Cannabis

Ever since you took your first hit of a joint, you were taught one thing; sativa

Uruguay : How is cannabis sold there ?

Ely is our correspondant in Uruguay. He takes an interest in the cannabis related aspects of

A ultimate guide and selection of the best home vaporizers.